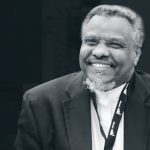 Dr. Abdalla Idris Ali served as imam and director, and founded the first full-time Islamic school in Toronto, Canada. He served as the principal of ISNA Islamic Community School for 17 years. He also served on ISNA’s Executive Council, Majlis Ash-Shura, Youth and Education Committee and as president of ISNA for two terms. He is the chair of the Islamic Media Foundation, a member of NAIT Board, a founding member of CISNA, and chair of ISNA Education Forum. Sheikh Abdalla was appointed director for CIENA in Kansas City, Missouri. He served on the board of trustees of IBERR, which serves minority communities. He is currently working as the executive director of ISNA Canada.