What Does It Mean to ‘Disown’ Non-Muslims?

What Does It Mean to ‘Disown’ Non-Muslims? 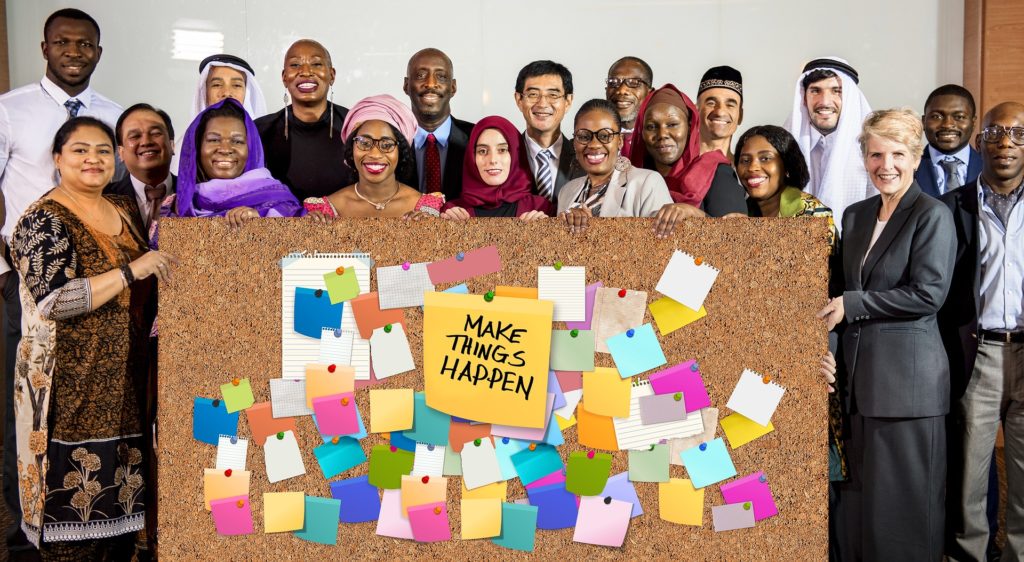 The expressions of ‘walaa’ (loyalty) and ‘baraa’ (disavowal) are mentioned in the Qur’an in the following contexts:

{And [as for] the believers, both men and women they are close (awliyaa’) unto one another: they [all] enjoin the doing of what is right and forbid the doing of what is wrong, and are constant in prayer, and render the purifying dues, and pay heed unto God and His Apostle. It is they upon whom God will bestow His grace: verily, God is almighty, wise!} (Qur’an 9:71).

{Behold, as for those who have attained to faith, and who have forsaken the domain of evil and are striving hard, with their possessions and their lives, in God’s cause, as well as those who shelter and succor [them] – these are [truly] the friends and protectors (awliyaa’) of one another. But as for those who have come to believe without having migrated [to your country] – you are in no wise responsible for their protection (walayatihim) until such a time as they migrate [to you] …} (Qur’an 8:72).

{Indeed, you have had a good example in Abraham and those who followed him, when they said unto their [idolatrous] people: “Verily, we are quit of you (bura’aa’) and of all that you worship instead of God: we deny the truth of whatever you believe; and between us and you there has arisen enmity and hatred, to last until such a time as you come to believe in the One God!” The only exception was Abraham’s saying to his father “I shall indeed pray for [God’s] forgiveness for you,…} (Qur’an 60:4).

Thus, it is true that believers have to express their walaa’ for one another in the context of war with non-believer aggressors (as was the context of the verses above).

However, the ‘walaa’ and baraa’ mentality’, as you put it, is a binary mentality, where everybody has to fall under either walaa’ and baraa’, which is not true. This flawed way of thinking view phenomena and ideas with ‘opposing tendencies’ which are usually seen in terms of one factor only, and hence, appear in all cases and in all places and times ‘contradictory’. Thus, everything is expressed in terms of dichotomies that seem to be ‘opposite,’ such as, walaa’/baraa’, religion/science, empirical/rational, physical/metaphysical, collectivity/individuality, mind/matter, objective/ subjective, and so on. The above dichotomies represent binary extreme mentality and a flawed logic of thinking.

So the two concepts of walaa’ for believers and baraa’ for the ‘non-believers’ are valid. However, the whole world cannot be divided into these two categories ONLY. There are many levels of walaa’ and also levels of baraa’, depending on the people and the way they deal with Islam and Muslims. There are many other verses that talked about different kinds of relationships between Muslims and others. Here are two examples:

{As for such [of the unbelievers] as do not fight against you on account of [your] faith, and neither drive you forth from your homelands, God does not forbid you to show them kindness and to behave towards them with full equity: for, verily, God loves those who act equitably. God only forbids you to turn in friendship towards such as fight against you because of [your] faith, and drive you forth from your homelands, or aid [others] in driving you forth: and as for those [from among you] who turn towards them in friendship; it is they, they who are truly wrongdoers!} (Qur’an 60:8-9).

Notice that the word “birr” (translated as kindness) that God used in this context is the same word that is used for the type of kindness that a Muslim should show to his/her parents, as in “birr al-walidain” (kindness to parents)! This is not just friendship but deep respect, isn’t it?

Again, this is not just friendship. This is the closest and strongest possible human relationship; a husband and his wife, who is his lover, friend, and mother of his children.

Therefore, walaa’ for the believers and baraa’ from the disbelievers is not absolute and should not take extreme meaning except in the rare cases of true brotherhood/sisterhood in the way of God, or otherwise, open enmity that stems from aggression and rejection of faith. Otherwise, we are ordered to treat people fairly according to who they are in reality and not according to our perceived stereotypes.