Is it permissible for women during their monthly period and post-natal period to enter mosques to attend classes of Qur’an and knowledge and other things? 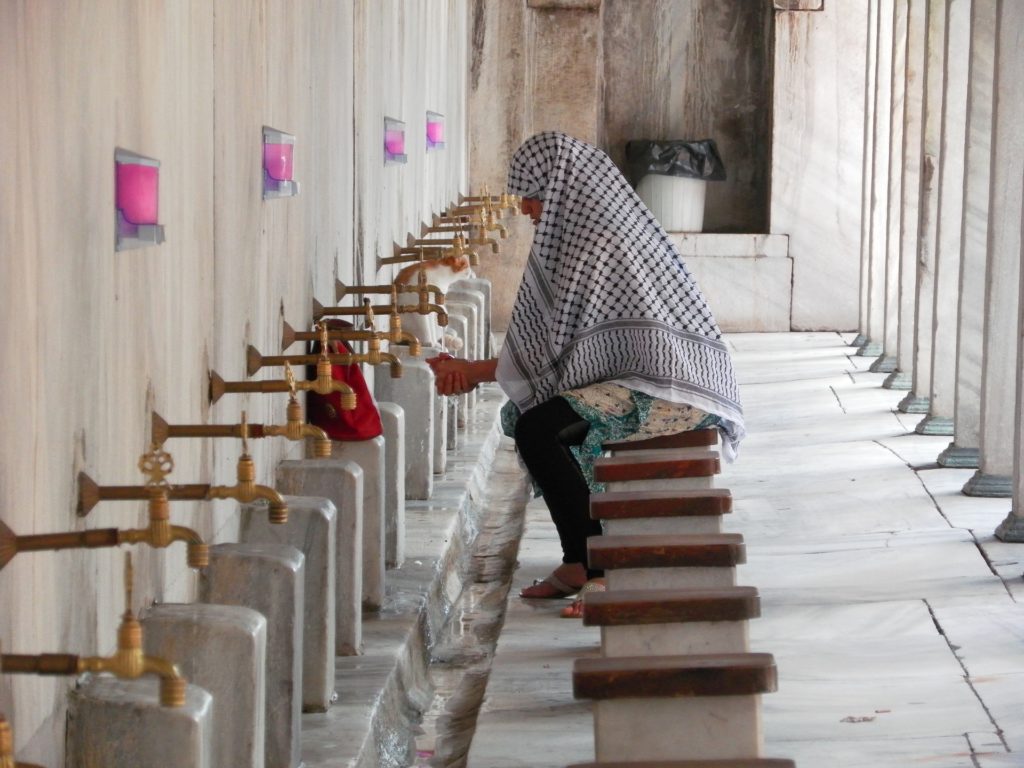 In the Qur’an, Allah (SWT) illustrates the Islamic rule regarding the monthly period, stating:

According to Shari’ah, women do not pray, fast, or have intimacy during their monthly periods until they are relieved.

In terms of accessing mosques to take advantage of their good facilities, Muslim scholars have expressed two points of view:

“Accessing the mosque is forbidden for women during their monthly period and people in grave impurity.” (Abu Dawoud & Ibn Majah)

“The Prophet (peace be upon him) said to me ‘Pass me the Khumrah (i.e., a small rug Muslims prostrate on) and it is inside the mosque.’

I said: ‘I am menstruating.’

The Prophet (peace be upon him) said: ‘Your menstruation is not in your hand.” (Sahih Muslim)

‘A’ishah (may Allah be pleased with her) also narrates that a freed save woman lived in the mosque. (Sahih al-Bukhari)

The mosque was her home, where she stayed regardless of her circumstances, including during her monthly period.

The second opinion is preponderant as the second quoted hadith is authentic. In and of itself, it is consistent with the principle that women have the right to visit mosques. The first opinion is weak because it is founded on a weak hadith.