What Is the Significance of the Disjointed Letters in the Qur’an? 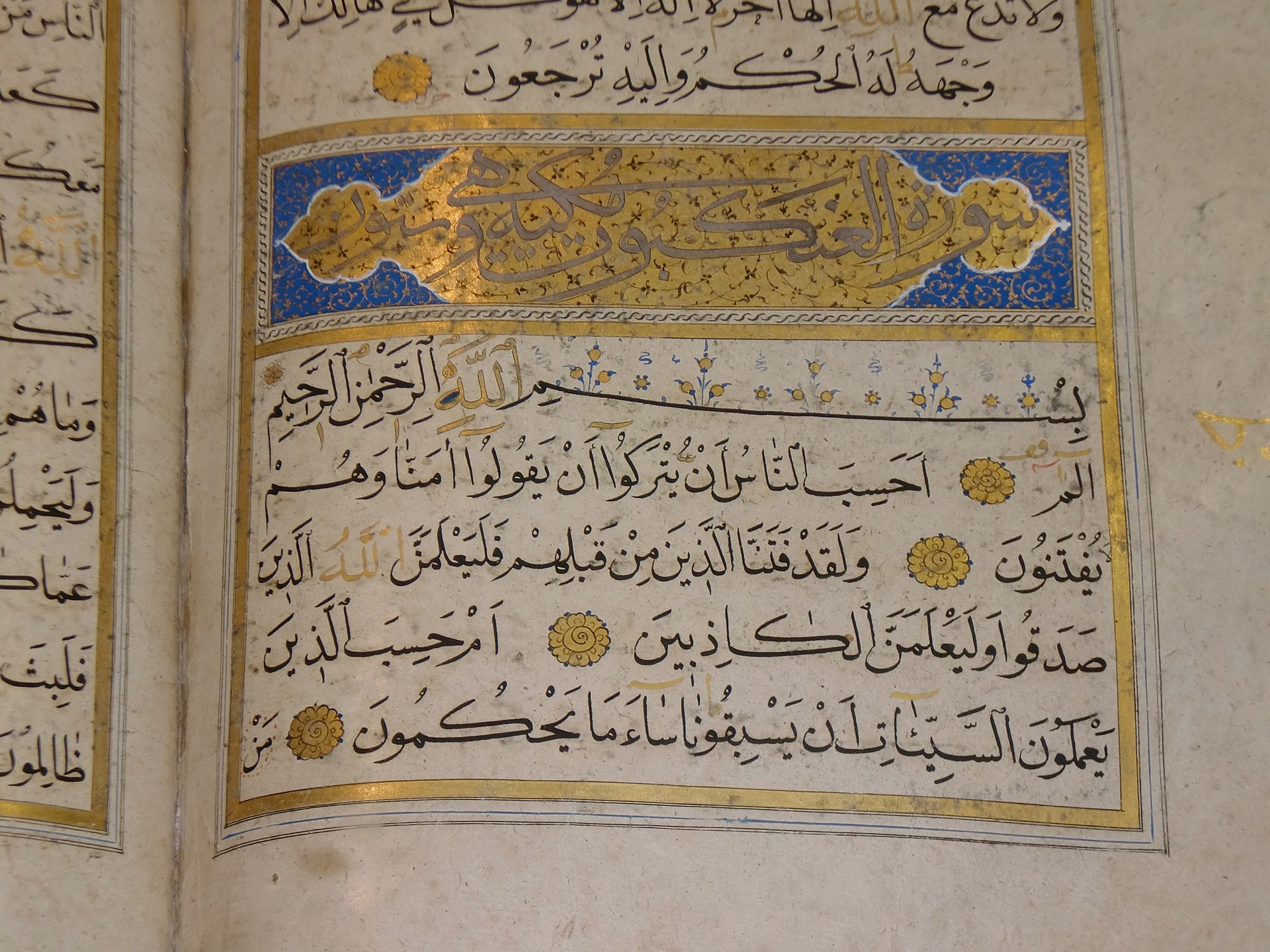 What Is the Significance of the Disjointed Letters That Begin a Number of Qur’anic Surahs? 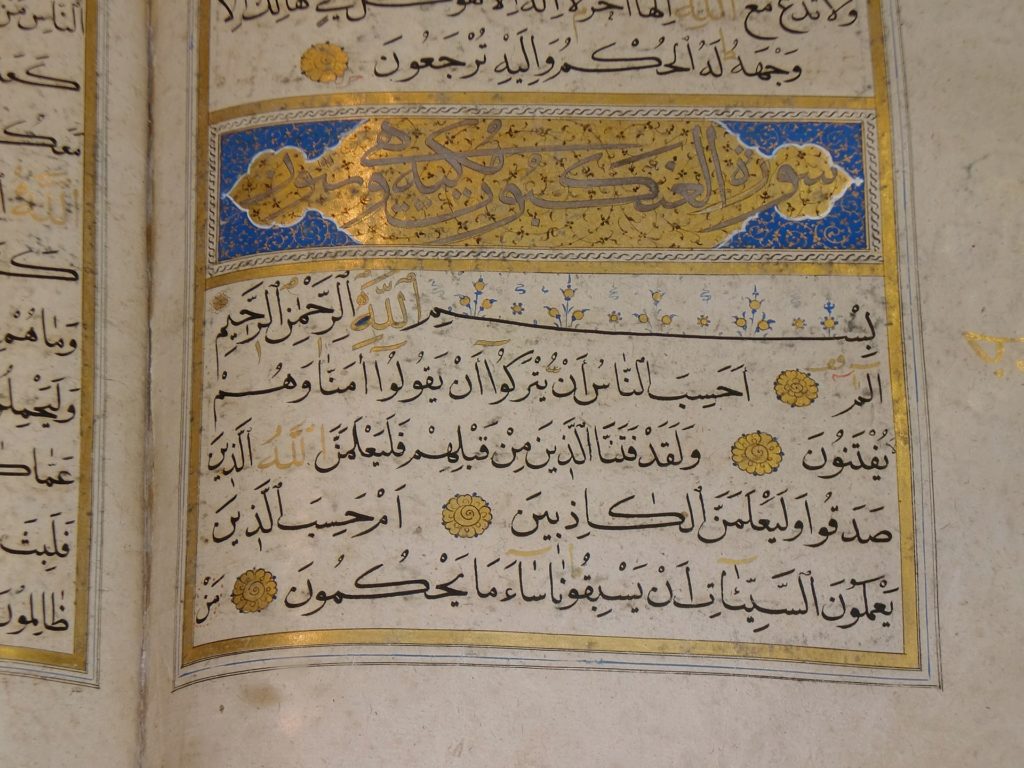 Dear brother Muhammad, thank you very much for your inquiry.

As Muslims, we believe that the Qur’an is the final revelation from Allah, the Creator, to humanity. This revelation began in the year 610 CE. It was sent down for another 23 years and a few months to Prophet Muhammad (peace and blessings be upon him). The result of these 23 years of revelation was a book with 114 surahs (chapters) and 6,236 ayahs (verses).

We also believe that Allah has preserved the Qur’an and that it is immune to corruption or alteration. It has been so well preserved (both in minds and on paper) that the Arabic text we have today is identical to the one revealed to the Prophet 1,444 years ago. Because not a single letter has ever been distorted over time, the Qur’an will remain intact forever by Allah’s grace.

It is well known that when the Arabs read the Qur’an, they found no difference between its terminology and their own. However, the way the terms of the Qur’an were put together, as well as the letters that comprised these terms, were all novel to the Arabs.

That is why they failed to imitate it. They realized that the Qur’an’s style was unlike anything they had previously encountered. As a result, they were unable to produce anything similar. The Qur’anic style was too perfect for them to imitate or copy. Almighty Allah declares,

(Say, “If the whole of humankind and jinn were to gather together to produce the like of this Qur’an, they could not produce the like thereof, even if they backed up each other with help and support.”) (Al-Israa’ 17:88)

Indeed, discussing the inimitable nature of the Qur’an is miraculous in and of itself, because whenever any researcher reveals the secrets of one aspect, the secrets of other aspects are revealed with the passage of time. The Qur’an, with its distinct style, appears to bear an uncanny resemblance to the vast universe’s system, which scientists examined from every angle and from various perspectives. Nonetheless, the universe remains a novel creation that they are unable to grasp.

Coming to the meaning of the disjointed letters with which some surahs start, one has to remember that this issue has never been settled by scholars and commentators on the Qur’an. Also known as muqatta`at or fawatih, these letter combinations have been the subject of extensive research aimed at revealing their meanings. However, the real purpose of mentioning them in this fashion was never revealed.

Caliph Abu Bakr As-Siddiq (may Allah be pleased with him) said,

“In every divinely revealed book, there is a divine secret; in the Qur’an, it is these letters.”

Some scholars believe that these letters contain the names of the surahs in which they appear. While some linguists argue that they are letters from the alphabet, others argue that Allah did not cite all twenty-eight letters of the Arabic alphabet. Linguists claim that when a child says, “Alif, baa’, taa’, thaa‘,” he or she is referring to the entire alphabet, even if the other letters are not mentioned.

Reading the many writings on the meanings of these letter combinations reveals a wide range of Qur’anic scholars and commentators’ opinions. However, among the flood of interpretations, only three could be convincing. These points of view are explained in the sequel.

These disjointed letters could have been intended to draw the audience’s attention and make them more attentive to what comes next. Polytheists of the Prophet’s day were well aware that he was an unlettered man who had never read or written anything before receiving the Qur’an. These letters could have served as a warning to them that the Prophet’s articulation of these disjointed letters (in a way that only professional readers or scribes can master) was unusual and required their undivided attention.

A Reference to the Miracle of the Qur’an

These letters can also be interpreted as a reference to the unique or miraculous nature of the Qur’an. It’s as if these letter combinations were meant to convey a message to the polytheistic Arabs of the time: despite the fact that these terms, phrases, sentences, and ayahs are made up of these simple letters, which you must all be familiar with, you all fail to produce anything that comes close to the uniqueness of such a composition.

This is true even if you know Arabic and thus possess the raw material from which the entire Qur’an is constructed (i.e., the Arabic alphabet). Given this, you must acknowledge that this Book, written in this manner, is nothing but Allah’s word; it is not the work of man, as some falsely claim.

As a result, one could argue that these disjointed letters attest to the Qur’an’s miracle, referring to the Arabs’ inability to produce something comparable, despite the fact that the Glorious Qur’an was revealed in the same letters with which they speak.

Reference to the Importance of Writing

These letter combinations can also be interpreted as a reference to the worth, merit, and nobility of writing itself. In the history of human progress, the invention of writing was an indication of man’s transition from one phase to a higher one. Finding guidance in the last divine message (i.e., the Qur’an) is a giant leap toward a much higher stage of human civilization and social development.

Apparently, Almighty Allah emphasizes the importance of reading and writing as tools for learning and acquiring knowledge in the Qur’an. The first revelation, Surat Al-‘Alaq, begins with the following ayahs:

(Read in the name of your Lord, Who created. He created man from a clot. Read and your Lord is Most Honorable. He Who taught (to write) with the pen — taught man what he knew not.) (Al-`Alaq 96:1–5)

These are the three points of view with which I am comfortable; the majority of the other points of view mentioned by various scholars and commentators on the Qur’an are mere speculations that add nothing to the discussion.

Before we go any further, it’s worth noting that some commentators worked hard to extract “something” from all of these disjointed letters. After removing all the repeated letters, they discovered that the number of letters mentioned at the beginnings of the surahs is 14: alif, haa, ra, sin, saad, ta, ‘ain, qaf, kaf, lam, mim, nun, ha, and ya.

Then, as a description of the Qur’an, they composed a phrase or two that mean, “A text so wise, so absolute, so full of secrets.” Other commentators proposed that Almighty Allah be described as “So Glorious is He Who made everything subtly reflect His wisdom.” Both interpretations, however, are baseless; there is no evidence to support them.

These letters were undoubtedly revealed by Almighty Allah for a specific purpose. Some argue that certain sections of the Qur’an are meaningless, citing the disjointed letters. These people are unquestionably making a huge mistake. These letters, on the other hand, have a specific meaning, and they may be among the things that Almighty Allah keeps only for Himself. Furthermore, Muslim scholars were unable to agree on a single point of view or explanation for this issue. As a result, whoever believes that one scholar’s opinion is correct is obligated to follow it; otherwise, it is better to refrain from making any judgment on the subject. This is true of the points made in this article.