The word “metaphysics” comes from two Greek words that, together, literally mean “after or behind or among [the study of] the natural”. It has been suggested that the term might have been coined by a first-century CE editor who assembled various small selections of Aristotle’s works into the treatise we now know by the name Metaphysics (meta ta physika, lit. ‘after the Physics ’, another of Aristotle’s works). (Wikipedia)

Here, in this course, Dr. Ahmed Abdel Meguid reflects upon the following:

Unit 1 – Aristotle and the Problems of Defining Metaphysics

Aristotle and the Problems of Defining Metaphysics 00:15:50

Unit 5 – Kant and the Modern Epistemic Critique of Metaphysics

Kant and the Modern Epistemic Critique of Metaphysics 00:15:13

The Main Achievements of Kant’s Critique of the Metaphysics (Part 1) 00:20:53 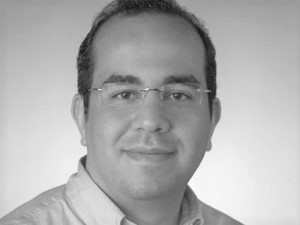 0/5
7 Courses
0 Reviews
0 Students
Dr. Ahmed Abdel Meguid has been an Assistant Professor of Religion at Syracuse University since 2011. He received his Ph.D. from the Department of Philosophy at Emory University in Atlanta, Georgia, in the same year. His areas of specialization include the history of philosophy and philosophy of religion with a special focus on late 18th, 19th and early 20th-century German philosophy, as well as Islamic philosophy, theology, and mysticism. He has significantly contributed to the Princeton Encyclopedia of Islamic Political Thought and has also contributed to other books and articles on Islamic philosophy and political realism. He has received multiple awards and honours including the Fund for Innovative Teaching Award from Emory University in 2011.
See more
Free
Level
Intermediate
Duration 3.6 hours
Lectures
12 lectures
Subject
Philosophy
Language
English
Start Learning
Add to wishlist
Share: