Reconstruction of the concept and scope of “Islamic history” in accordance with the Revelation is long overdue. This short course introduces Islamic history based on the definition of Islam as the original disposition (fitrah) of all creation and the faith of all prophets, messengers and their followers from the time of Adam to the time of Muhammad (PBUH) and until the present moment.

This is a much larger scope than the military and political history of the Arabian Peninsula and surrounding regions, which is the usual scope of Islamic history books.

Viewing history from this lens offers a truthful and unifying perspective for rewriting history based on a worldview that is informed by the Qur’an and the Sunnah.

Reconceptualizing history in this way does not admit superficial divisions that are based on human interpretations to manage, simplify and politicize history.

Unit 1 – What Is Islamic History as per the Qur’an and the Sunnah?

Unit 2 – What Are the Best References to Study Islamic History?

What Are the Best References to Study Islamic History? 00:10:47

Unit 5 – The Age of the Foundation and Succession (Khilafah)

The Age of the Foundation and Succession (Khilafah) 00:11:14

Unit 6 – The Age of Islamic Kingdoms

Unit 7 – The Age of Islamic Civilization 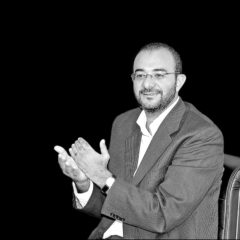 0/5
10 Courses
0 Reviews
0 Students
Professor Jasser Auda is a scholar of Islamic legal theory, especially the higher purposes (maqasid) of the Islamic law. He is the President of Maqasid Institute Global, a think tank registered in the USA, UK, Malaysia and Indonesia, a Visiting Professor at the Centre for the Study of Islam at Carleton University, Canada, a Visiting Professor at the Rule of Law Institute, Faculty of Law, Loyola University Chicago, and Al-Shatibi Chair for Maqasid Studies at the International Peace University in South Africa. He is a Founding and Board Member of the International Union for Muslim Scholars, an Executive Member of the Fiqh Council of North America, a Member of the European Council for Fatwa and Research, and a Fellow of the Fiqh Academy of India. He has a PhD in the philosophy of Islamic law from the University of Wales, UK, and a PhD in systems analysis from the University of Waterloo, Canada. Early in his life, he memorized the Qur’an and undertook traditional studies at the Study Circles of Al-Azhar Mosque in Cairo, Egypt. He worked previously as a professor at the universities of Waterloo and Ryerson in Canada, Alexandria University in Egypt, Faculty of Islamic Studies, Qatar, American University of Sharjah, UAE, and University of Brunei Darussalam, Brunei. Professor Auda lectured on Islam and its law in dozens of countries, and wrote 25 books in Arabic and English, some of which were translated to 25 languages.’
See more
Free
Level
Intermediate
Duration 1.5 hour
Lectures
8 lectures
Subject
History
Language
English