In this course, Dr. Khurram Khan is taking us on a marvellous journey with the 10 luckiest people to walk the surface of the earth. No one can ever deny the fact that the greatest and most profound achievement of this world is to be admitted to Jannah (Paradise).

From the commencement of life on earth till this day and generations to come, the only hope that we as Muslims are optimistic about is the belief that someday all our ups and downs shall come to an end and we will be rewarded bountifully in Paradise. With the grace of Allah, some among the Muslim ummah have known of their fate that their final abode will be Jannah. These 10 were mentioned in some of the Prophet’s Ahadith such as the following:

Also, narrated ‘Abdullah ibn Zalim Al-Mazini that Sa’id ibn Zaid ibn ‘Amr ibn Nufail said: “‘I bear witness for nine people, that they are in Paradise, and if I were to bear witness for a tenth, I would not be sinful.’

He said: ‘We were with the Messenger of Allah (ﷺ) at (mount) Hiraa’ when he said, ‘Be firm, Hiraa’! There is not upon you any but a Prophet, or a Siddiq, or a martyr.’

With that in mind, Dr. Khurram Khan is taking us on a faith-based journey with the 10 luckiest people to walk the surface of the earth.

This course is for everyone. The language and appropriateness of content are designed for all ages. 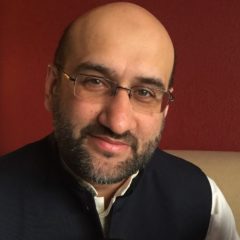 0/5
3 Courses
0 Reviews
0 Students
Dr. Khurram Khan served on the board of directors and executive committee of MAC in several capacities. His focus is on working with youth and young adults to achieve their professional and personal goals. He is also an adviser to Islamic organizations and an Islamic lecturer in the community. Professionally, he is an Associate Professor of Medicine at McMaster University. He has a Masters in Epidemiology and has published many peer-reviewed research articles in the specialty area of Digestive diseases. He enjoys studying history, playing sports, and spending time with his family.
See more 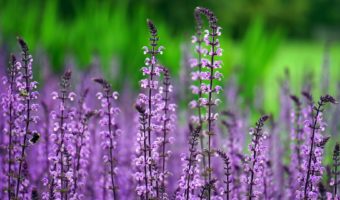 The Qur’anic Generation (II): Companions of the Prophet

The History of Revivalists in Islam

The Qur’anic Generation (I): Companions of the Prophet